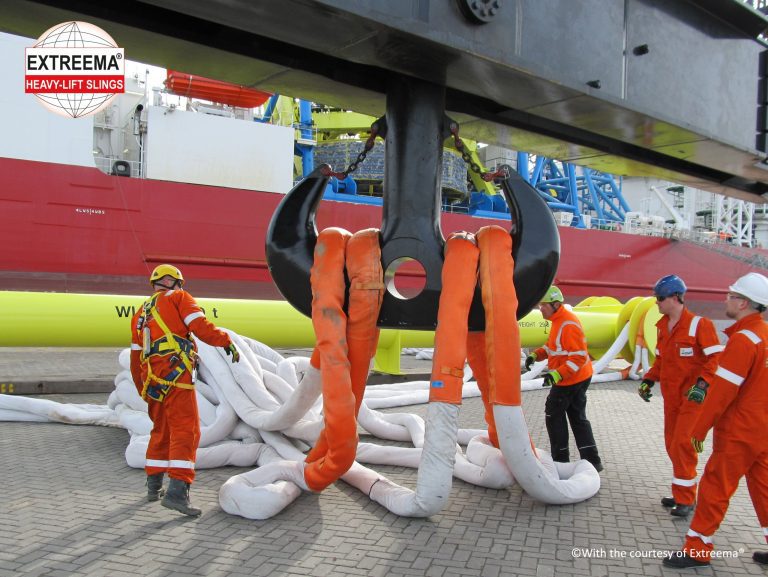 Round slings (soft slings) and protective covers made with Dyneema® are marketed under the registered brand name EXTREEMA®, based on a new innovative patent pending technology. 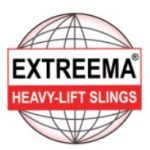 Unlike braided fibre ropes, the construction of an Extreema® round sling is based on parallel laid fibre technology that make up the core. The core of an Extreema® round sling is always made of 100% high performance fibres such as Dyneema® , the world’s strongest fibre™, or general HMPE. This makes the slings up to 15 times stronger than steel on a weight for weight basis and a weight reduction up to 80% compared to wire rope. Parallel laid fibre technology Extreema® round slings have proven to be significantly stronger (between 30-50% higher MBL’s!) when break loaded on Rams horn DIN shaped hooks compared to braided fibre ropes.

Extreema® round slings with Dyneema® core yarn material can be supplied with a EU-origin certificate of the core material and DNV Approval of manufacture certificate by DSM Dyneema®. Extreema® round slings with general HMPE core yarn material can only be accompanied with a Certificate of Conformity acc. to the Machinery Directive 2006/42/EC. Compared to high tenacity polyester, Extreema® slings are up to 3 times lighter with a much smaller core diameter. 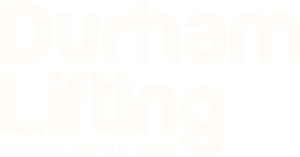